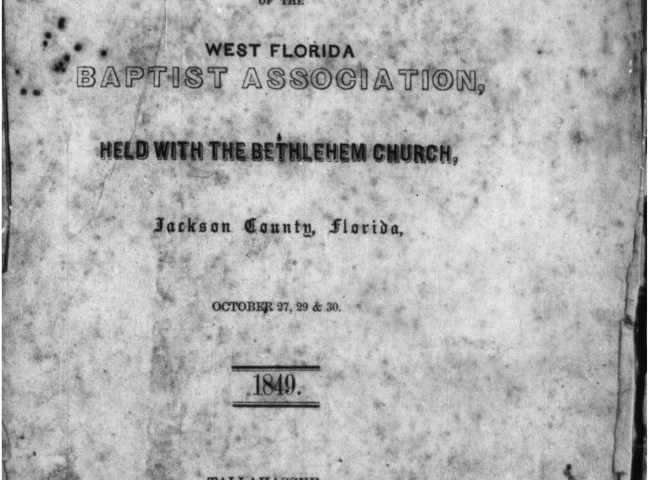 Florida’s third missionary-oriented association, called the West Florida Baptist Association, was formed by churches located west of the Chattahoochee and Apalachicola rivers. Encompassing a land area of 10,000 square miles the association’s territory stretched west to Escambia Bay. At the called meeting, held on the second Saturday in November, 1847, in Jackson County’s Bethlehem Church, representatives from twelve Florida churches were present to discuss the formation of an association. The churches represented included: Apalachicola in Franklin County; Bethel in Holmes County; Washington County churches of Econfina, Harmony, Holmes Creek, and Holmes Valley; Jackson County churches of Mount Pleasant, Sardis, Union Academy and Bethlehem; as well as two churches whose locations are lost to history: Liberty Hill and Rehobeth. Also present were delegates from three Alabama churches: Big Spring, New Hope and Woodville. Inasmuch as there was not yet a Florida state convention, the newly formed association affiliated with the Alabama Baptist Convention.

Provided are digital copies of the annual reports of the West Florida Baptist Association (for the years noted below) that includes: the proceedings of the annual meeting(s); statistical information on its cooperating churches; and reports on the missionary, ministerial and ministry training activities provided by the association.

Years with strikethroughs are currently unavailable.

Please Note: The years marked with double asterisks (**) are readable, however the PDF image cannot be searched by keyword or phrases at this time.

Back to Association Minutes 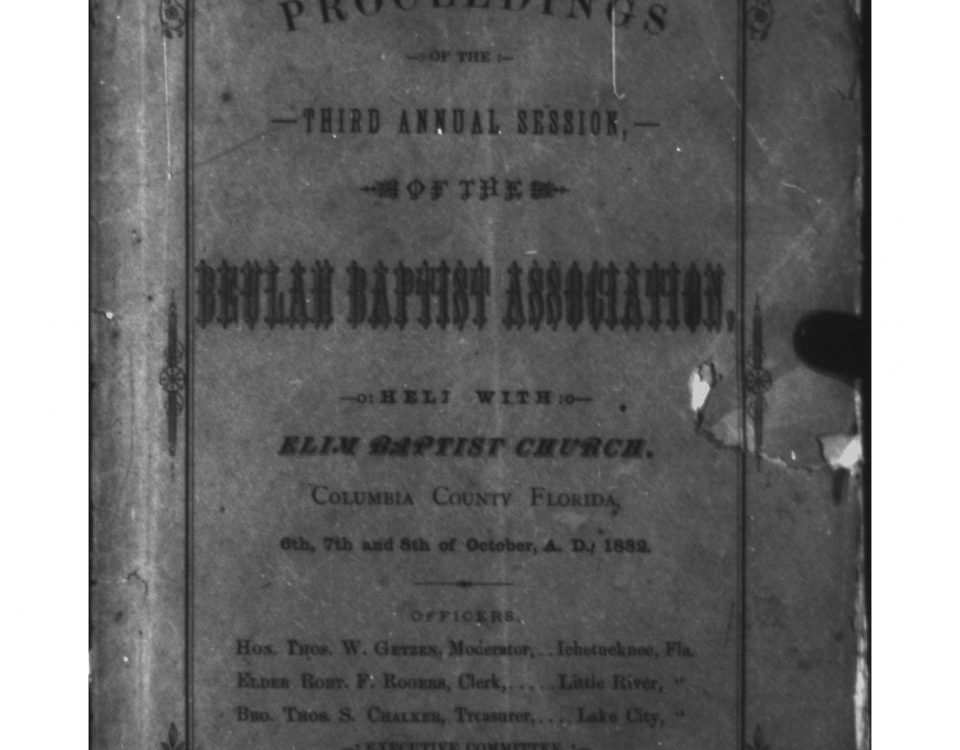