Merwin R. Ido graduate from Hardin-Simmons and Midwestern Baptist Theological Seminary. He served churches in South Carolina, Rhode Island, and Missouri. He was a retired Army chaplain and is best known in Florida as serving as pastor of First Baptist Church of Greater Miami.

Harold Edward Ingraham (February 24, 1898-February 6, 1975) was born at Hogan, Georgia. He was the son of Frank Jarvis Ingraham (1869-1936) and Georgia Stroberg Ingraham (1859-1936). At about age ten, Ingraham moved to Jacksonville, Florida. He was converted in a revival meeting being led by H. R. Holcomb at Main Street Baptist Church in January 1913. He received the Th.G. degree from The Southern Baptist Theological Seminary after two years of study. Ingraham succeeded Arthur Flake as secretary of the Sunday School Administration in 1936 and served until 1966. He married Sybil Ley on July 18, 1924 at the Florida Baptist Assembly where they had met four years earlier. They had three children; Marcia Lu (1925), Anna Ley (1927), and Frank (1929).

John Ingram served as pastor of First Baptist Church, Southport. He and his wife Marge had five children.

Robert Ingram served as pastor of Oak-Griner Baptist Church in 1925 and 1926. Ingram was bi-vocational and worked as a bookkeeper for the Arlo Box Company at Oak. 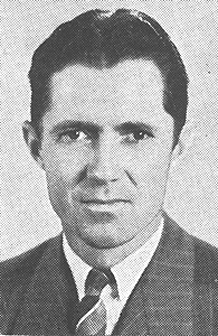