The Convention Press was begun in 1955 by the Southern Baptist Sunday School Board, which formalized a process begun at the beginning of the twentieth century, to produce teacher training and laity resources for Southern Baptist church members. In response the Sunday School Board subsequently developed the Study Course movement that sought to provide religious education for every member of the local church. The program consisted of a graded study course series of books that provided general knowledge built around ten subjects: the Principles and Methods; the Christian life; Christian home-making; the church; the denomination; the social order; the Bible; Christian witnessing; stewardship; and missions. The Florida Baptist Historical Society’s “Convention Press Collection” is comprised of Baptist-related books published by Convention Press, as well as study course books produced respectively by the Southern Baptist Convention-related entities, including the Home Mission Board, the Baptist Sunday School Board, Broadman Press and the Women’s Missionary Union. The Society’s collection includes nearly 2,500 volumes of which over 1,300 are individual titles. The unique Convention Press group consists of 913 titles. The Florida Baptist Historical Society is believed to be the only Southern Baptist entity with a Convention Press collection this large.

The Society is the beneficiary of a collection of nearly 6,000 church postcards of Southern Baptist churches located in the 14 states south of the Mason-Dixon Line, plus one western state. These states – where Southern Baptist churches were once prominent – include: Alabama, Arkansas, California, Florida, Georgia, Kentucky, Louisiana, Mississippi, North Carolina, Oklahoma, South Carolina, Tennessee, Texas, Virginia and West Virginia. The historic significance of these postcards is that they provide, in many cases, the only historic and present day visual image of the churches in the collection. It also provides an architectural history of church buildings from the early 1900s to about 1970 when postcards fell into disuse. The Florida Baptist Postcard Collection is the only unique collection of its kind that is available on line. The collection contains nearly 6,000 cards, representing 1,720 cities, over 2,200 churches and 160 state Baptist convention agencies and institutions.

This saga of Florida’s Missionary Baptist movement was published by the Florida Baptist Historical Society in 2013. The Society is sponsoring the development of a volume two, to cover the years 1940 to 2015, is currently being researched and written by Donald S. Hepburn, who was the principal writer of volume one. 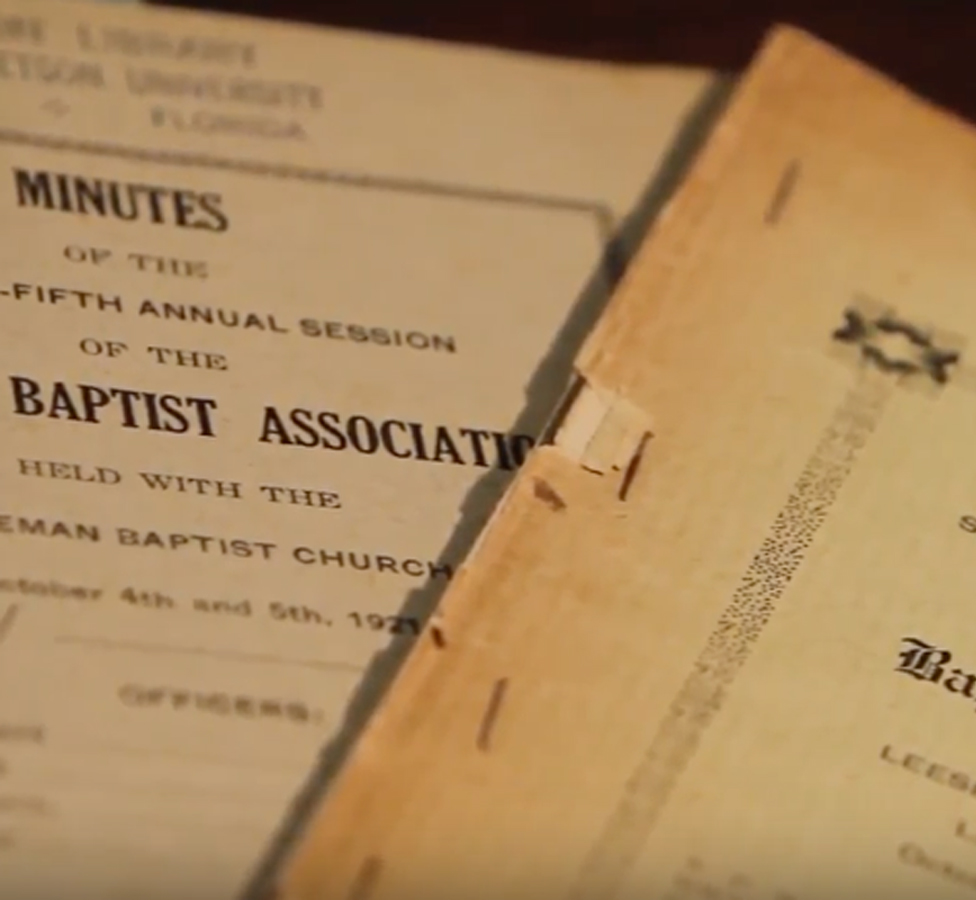