On June 24, 1916, R. J. O Bryant of Lucedale, Mississippi, became pastor of
East Hill Baptist Church of Pensacola. He served for one year and then went
to serve First Baptist Church in Geneva, Alabama. 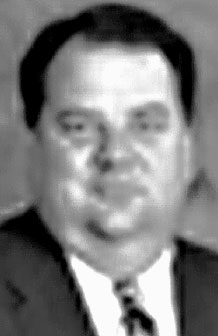 W. W. Odom served as a traveling missionary in the Florida Panhandle in 1867

Overl Oglesbee (1919-1990) was a native of Columbia, Mississippi. He served
for 15 years as pastor of Oakcrest Baptist Church in Pensacola. He and his wife,
Pearl, had two daughters, Kaye and Carol.

J. Allen O Hara served as pastor of First Baptist Church, Pensacola, in 1886.
He was a traveling evangelist at heart and did not stay long with the church.

Artemas Franklin O Kelley (September 4, 1871-July 1, 1945) was born in Hall
County, Georgia. He was one of the three O Kelley preacher brothers. He graduated
from Mercer University and The Southern Baptist Theological Seminary.
O Kelley served as pastor in Georgia, South Carolina, Mississippi, and Florida.
He retired from pastoral work in April 1940, after serving in Perry, Florida.

John Francis Marion O’Kelly (1799-1882) served in New River Association as pastor and died in 1882. Kelly was born in South Carolina and moved to Florida about 1858. In two different marriages he was the father of 18 children. John served as a preacher in the New River Association.

Nathaniel Boaz O Kelley (November 27, 1866-August 4, 1946) was born in Hall
County, Georgia and died in Jacksonville, Florida. He was 80 years of age at
his death.
O Kelley was a graduate of Mercer University and The Southern Baptist Theological
Seminary. He was one of the three O Kelley preacher brothers. He served as pastor
in Texarkana, Arkansas; Atlanta, Georgia; and as pastor of First Baptist Church,
Gainesville, Florida (1915-1922); Riverside Baptist and First Baptist Church
of Jacksonville, Florida.
While pastor at Gainesville, the wife of O Kelley died of bronchial pneumonia
in March 1920. Alberta B. O Kelly was 45 years of age at the time of her death.
The O Kelley brothers made a tremendous mark in the Southern Baptist Convention.
N. B. O Kelley organized Druid Hill Baptist Church in Atlanta, Georgia. T. W.
O Kelley was pastor for many years of First Baptist Church in Raleigh, North
Carolina, and Frank O Kelley served in Georgia, South Carolina, Mississippi,
and Florida.
At the Southern Baptist Convention held in Saint Louis in 1913, Frank read the
scripture, N. B. led in prayer and T. W. preached the Convention sermon from
the text of II Corinthians 8:4.

Miguel Olmedo started 72 new churches and worked in two continents and three
states. He grew up in the Republic of Panama, and accepted Christ at age 15.
He attended the Baptist Seminary in Havana, Cuba, and then returned to Panama
to pastor. He also served as the President of the Panama Baptist Convention.

In 1970 he attended the California Baptist College in Riverside, and then studied
at Golden Gate Theological Seminary at Mill Valley, California. He served as
pastor in California, and then became Language Missions Coordinator for the
Baptist Association of Greater New Orleans from 1979-1992.

In 1992 Olmedo came to Florida to start churches with various language groups.
He retired from the Florida Baptist Convention staff in 2003.

W. S. Oliver served as a Baptist pastor in Florida and died in Jacksonville
in 1934.

James Lawrence O’Neill (1928-2008) served as pastor of Ephesus Baptist Church in Kingsferry, Florida; Northside in Fort Pearce; and FBC, Dania. He served faithfully on the summer staff at the Florida Royal Ambassador camp. He received two degrees and taught at Luther Rice Seminary in Jacksonville. He and his wife Lamona had one daughter, Heather.

Michael J. Orr (August 25, 1968- ) was born in Canton, Georgia. He and his wife,
Stephanie Wann Orr, met and served together as members of First Baptist Church
in Woodstock, Georgia.
Orr surrendered to the call to preach in July 1994, and was licensed and ordained
by First Baptist Church, Woodstock, on December 11, 1996. He graduated from
Florida Baptist Theological College in 1999 (B.A.), and served at Madred Baptist
Church, Madrid Alabama (1996-2000), and as pastor of First Baptist Church, Chipley
(2000-). He and his wife, Stephanie, have one daughter, Savannah.

Miles Osborne served as a pastor in Florida and died in 1910.

Lowell O’Steen served as pastor of FBC White Springs (1979-1986). He and his wife Gwen have one daughter, Karen.

T. F. O’Steen (1908-) was known as “The Walking Preacher” in Polk County. He was born in Coffee County, Georgia, one of nine children. He preached his first sermon in 1923 in Mora, Georgia. In 1930 he married Bonnie Lee Adams and they had four boys and one girl.
O’Steen served as pastor of ten different churches in his ministry and eight of them were in Polk Count. He served over 50 years in the ministry.

Bill Oswald died July 27, 1980. He served numerous church in north and central
Florida before his retirement in 1970. He served as pastor at Campbellton, Alford,
Bonifay, South Bay, Westside in Lake Wales, First Baptist in Zephyrhills, First
Baptist in Apalachicola, and was serving at Gritney in Bonifay when he died.
He and his wife, Robbie, had one son, Charles. 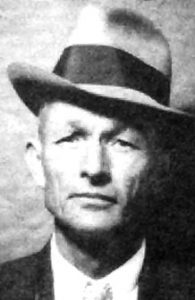 Jerry E. Oswalt (December 17, 1937- ) was born at Starkville, Mississippi. He
attended Mississippi State University (B.A., 1959) and New Orleans Baptist Theological
Seminary (M.Div., 1965; Th.D., 1969).
Dr. Oswalt served as pastor of Durant Chapel Baptist Church in Bay Minette,
Alabama (1970-1971), and Second Avenue Baptist Church in Laurel, Mississippi
from 1981 to 1985.
Dr. Oswalt served as Chaplain at William Carey College in Hattiesburg, Mississippi
from 1971 to 1975, and then served as Vice President of Student Affairs (1975-1977).
He then served as Professor of Religion at William Carey College from 1972 to
1981.
In 1985, Dr. Oswalt became Director of Missions of Baldwin Baptist Association,
Silverhill, Alabama (1985-1986). He then taught at New Orleans Baptist Theological
Seminary from 1986 to 1991.
In 1991, Dr. Oswalt became Vice President of Academic Affairs at the Baptist
College of Florida, and served in that capacity until becoming Dean of the Chapel
in 2002.
Dr. Oswalt married Shelvie Hornsby in 1967, and they have two children; Deborah
(1973, and David (1977).

Don Otwell (April 1, 1943- ) was born in Mobile, Alabama. He attended Truett-McConnell,
Oglethorpe, and Midwestern Baptist Theological Seminary.
Otwell has worked in the deaf, blind, and language ministries since 1964. He
is currently a consultant with the Florida Baptist Convention and the North
American Mission Board in the area of deaf ministries.
Otwell married Yvonne Donaldson on November 22, 1962, and they have three children;
James, Joseph, and Lori.

J. B. Owen served faithfully as a pastor in the Marion Association and died
in 1889.

J. C. Owen (May 26, 1870- ) was born in Balsan Grove, North Carolina. He served
as a foreign missionary in China from 1899-1911. He also worked for eight years
as a home missionary evangelist. He served as acting president of Montezuma
College of New Mexico, and served as the Secretary of the New Mexico Baptist
Convention from 1931-1932.
Owen was elected as the first president of Florida Baptist Institute in 1945.
Due to poor health he served less than six months.

William Russell Owen was pastor of FBC Macon, Georgia and went as pastor of University Baptist Church in Coral Gables in 1927.

William Carlton Owens (1928-) was born at Wellborn, Florida. He attended Norman College (1950-1951), Stetson University (1954, B. A.), and the University of Georgia (1975, M. Ed.).
Owens served as pastor in Florida and Georgia (1955-1977). He served as Director of Missions in Middle Florida Association and Taylor Baptist Association.
Owens and his wife, Lorraine Christie had two daughters.

Secondary Source: Toni Moore Clevenger. On the Bay On the Hill, pp. 73-76.